Our understanding of the world is shaped by the language we use to describe it.

Aibidil is the Scottish Gaelic word for ‘Alphabet’. The Gaelic Aibidil has 18 letters and each letter is represented by a tree. The oldest living thing in Western Europe is a 2,000 years old Scottish Yew tree in Fortingall.

Gaelic is one of the oldest languages spoken in Europe today. It is more than a thousand years older than English and still spoken in Scotland and Ireland.

This ancient affinity between the Gaelic word and the tree embeds a deep association between language and landscape in the original roots of Gaelic. It gives an ecological substance to the alphabet – the foundation of all literacy – a language we can learn by looking at the landscape.

It continues to inspire 21st Century artists such as Alasdair Gray, Donald Urquhart and Jon Macleod.

Forester, Boyd Mackenzie, has spent 30 years planting and nurturing all of the trees of the Aibidil on his Hebridean croft. He has created a living conceptual artwork – an alphabet we can walk through.

Stories are living beings, they grow, they develop, they remember, they change not in their essence, but sometimes in their dress. They are shared and shaped by the land and the culture and the teller…

Robin Wall Kimmerer in ‘A Note on Indigenous Stories’ in her book, Braiding Sweetgrass, makes a cogent point about her people, originally from the Great Lakes. However it is equally pertinent to the oral culture of Scots travellers.

Here I will, with digressions, focus on a particular ballad sung within a family of settled travellers, some of whom I knew well when I was younger. The ballad, Johnnie the Brine was learned from a recording made by my colleague, the late Peter Hall. There are versions spread across Scotland and into England but only the Robertsons identify the protagonist as Johnnie the Brine. It displays characteristics of many songs beloved by travellers – transgressive, out with societal norms and reflective of older ways that are no longer conducive to a ‘modern’ lifestyle.

Listen to Arthur Watson singing the ballad of Johnnie the Brine

We are offering a word from Kreol Morisien, or Mauritian Creole, which is the most widely-spoken language on the Indian Ocean island of Mauritius – where English and French are also spoken. While Kreol Morisien is the most widely spoken language, it is also the language which has the least official value, despite significant upward social movement in the past years. Kreol Morisien remains a largely oral language, with people having emotional or attitudinal connections, and still suffers from being the language of low prestige.

To understand the links between Kreol Morisien and the relationship to nature, let’s take a little journey through Mauritian history. Mauritius had no indigenous population when discovered by the Portuguese in the early 16th Century. Unlike many other colonised nations with indigenous peoples who have strong historical and ancestral bonds to the land and environment, we wonder whether the non-existence of an indigenous human population in Mauritius could account for the lack of strong heritage and ancestral ties to the island and its ecosystem.

France, Britain and others brought waves of settlement, slavery and bonded labour to Mauritius. All settlers, whether intentionally or forced, came to the country solely for the exploitation of the land and use of the ecosystem as ‘resources’ to be marketed and sold. This historical legacy, of capitalist ideology, continues to impact on the environment in Mauritius and, despite conservationist interventions and campaigns, the island continues to face significant ecological damage as a direct result of human activities. Despite its small size, the Mauritian environment is being rapidly degraded – including water pollution, degradation of coral reefs, extinction of endemic flora, and near-extinction of the Rodrigues fruit bat or golden bat. Only 9 out of 25 known species of indigenous birds remain in existence on the island, and less than 2% of the native forest remains.

Danbwa is a word that is literally translated into ‘in (dan) wood (bwa)’ and would be a synonym for ‘bwa’ (wood). Subtle variations of the word bring nuanced meanings, such as, separating it into two ‘dan bwa’ to describe ‘in the woods’ or the motion of going into the woods. Danbwa is a word used to represent the woods or wilderness. For some it brings to mind the forest and trees. For others, the latter could also mean the wild nature or the notion of savagery – as applied to humans too. ‘Danbwa’ can also mean ‘unexploited’ and ‘undeveloped’ land, where the forest and natural ecosystems are perceived as ‘empty land’ which is meant for human intervention, construction, and exploitation. It links to the phrase ‘zet sa dan bwa’ (throw that in the woods) as a metaphor to mean get rid of something or someone who is unnecessary or considered a waste of time. Unfortunately, it also has very literal implications too.Here we share a vision of how a relationship with the woods might one day be different from what we see today – where the forests of Mauritius are often a place of dumping and pollution. We bring ‘danbwa’ to life in all its wild growth and wildish nature through a poem performed as an incantation – a chant for the woods and for the earth, an invocation for humans to connect with their bodies as made of earth to connect with spirit of the woods too. It is a summoning of the ancient life force that aches for healing, that moves inside each and every living being, and remembrance to protect and nourish the soil from which we came, on which we live, and to which we will return.

I am a forest warrior from Northern Mindanao in the Philippines, from the Higaonon tribe. My father is the highest tribal priest, and I am following in his footsteps. Our island is called the ‘land of promise’ and is home to diverse peoples from 18 major tribes, and twenty subtribes. We are the original peoples of this land and can trace our roots back more than 10 millennia.

The word I want to share is gagaw – love. It is the love of the Creator – the one who made all peoples. It is the universal principle of how the tribes work, and it is how the wisdom of the ancestors moves to the current generation. We believe that the past is the foundation of tomorrow; the ancient cultures are our guidance.

Through gagaw we are connected to all ancestral spirits and to the rainforest. Gagaw is the language of the rainforest, of the running water, of the air and of the clouds. Every morning, new life comes through gagaw. When that wisdom is lost, how can we communicate with Mother Earth? We have to show gagaw to nature.

The 3000 hectares of sacred forest where we live are extremely vulnerable to exploitation. The forest is threatened by deforestation, wildlife trading, and the sale of land for plantations and logging. Even our own people have been affected by the language of consumption and greed. When the forest is sold, people make a lot of money, but quickly that money is gone. And the value of the forest disappears with it. When the forest is intact its value lasts forever.

We have to fight the logging and exploitation of resources in Northern Mindanao. The challenge for me and my organisation – Tribes and Natures Defenders – is to secure sustainable livelihoods for my people, while showing gagaw to nature. 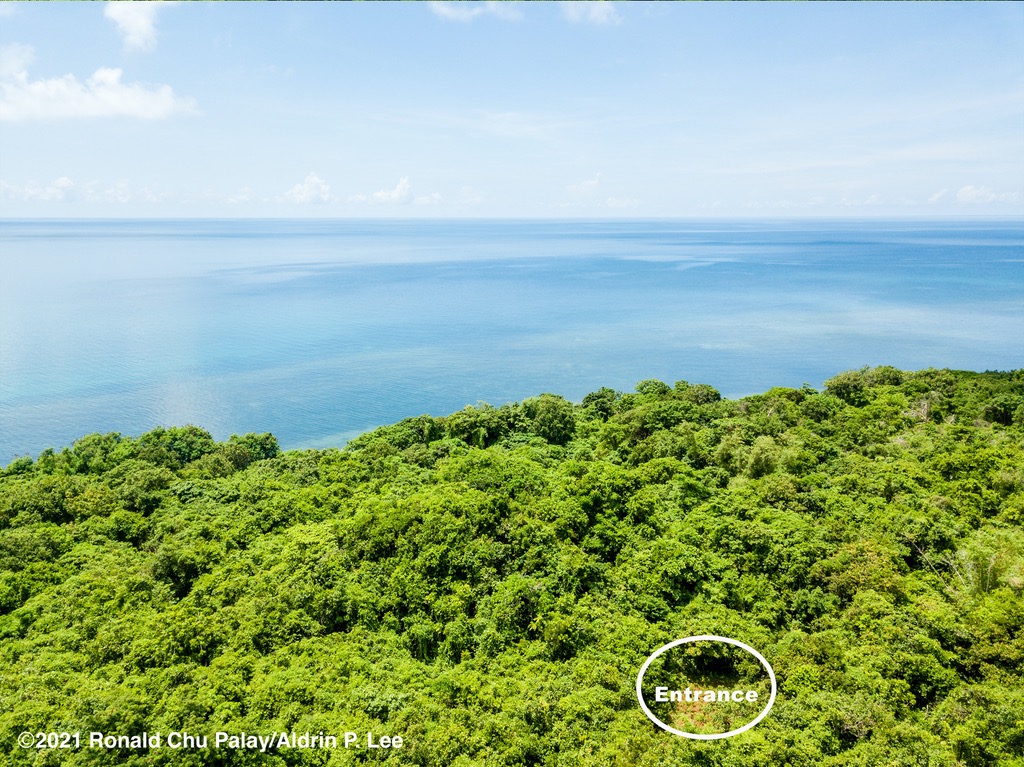 I come from Cuyo Island in the Philippines. My mother tongue, Cuyonon, contains rich knowledge systems about the Cuyo physical environment that are far more intricate and pragmatic than the Western knowledge we learn in school. Our language also encodes how to engage with these ecosystems, built upon the kind of relationship that our ancestors have forged with nature over time.

In Cuyonon, we have a forest ecosystem called napuro. Literally, napuro means ‘became an island’ and is characterised by big old trees in the middle area, outlined with huge rocks, creating a territory of its own – an island within an island.  Fruit-bearing trees thrive inside it, including kasoy ’cashew’, lumboy ‘Java plum’, and even santol ‘cotton fruit’. We also rely upon napuro for a specific type of bamboo that we use for furniture, and even for inyam ‘Queensland cherry’ – a kind of wild cherry whose leaves are both cows’ and goats’ favorite.

Napuro is approached with care. First, inside napuro resides a ‘lure of the unknown’ that can mimic one’s voice from any direction. It can also mimic a companion’s voice, tempting one to follow it and eventually lose one’s way home. I remember my mother reminding me to keep my voice low and to always stay beside her while we picked cashew fruits inside a napuro near our home. Second, a mainstay of every napuro is a special tree which we call nunok ‘banyan tree’. We believe that creatures, which we simply describe as beken i ameng kapareho ‘not like us’  live inside nunok trees. We therefore need to be extra careful when passing by a nunok tree, so as not to offend the ‘others’—since they are generally harmless unless provoked.

A contrasting forest ecosystem in our island is purantok. Access to purantok is both difficult and dangerous – not only because it is extremely dense but also because we believe that it is home to savagely hostile creatures (both natural and supernatural). It represents a chaotic, unmanaged forest, and it would be very creepy to live near a purantok. Purantok does not only demand respect— it also intimidates to the extent that one would rather not get near it. And I am not sure if anyone has dared to do kaingin ’slash-and-burn farming’ in a purantok yet. That would have been so brave, and foolish!

Purantok, understandably, endures the cruelty of humans way better than napuro. My mother and some of my siblings would often recall how devastated they were when a nearby napuro burned, leaving animals torched to death and many big old trees heartlessly felled. We did not only lose an abundant source of food for ourselves and for the livestock, but we also feared that any surviving, harmless creatures living there might hold a grudge against humans.

We have so many other forest names – talunan for where wild animals thrive, sugod for semi-forest, tilled land where rice, bananas and the like are grown. Kageban for old-growth forest (more common on the mainland), featuring freshwater ecosystems like sapa ’stream’, something that is not found in the Cuyo Islands.

In my work I think about how Filipinos communicate and/or negotiate with nature through linguistic expressions, and how the entry of Western religions compromised that harmonious relationship. It is hard to understand this if you did not grow up close to nature and/or solely relied upon textbooks from a Western perspective. Now that we are faced with depleting forest reserves, the solution is not just to plant a tree – but to build an island of trees like napuro and if possible, re-learn the kind of relationship that we had with nature prior to proselytization. Without reconsidering our values toward nature, we will not be able to restore the kinds of ecosystem that are both harmonious and sustainable.

This work (text and photographs) is licensed under a Creative Commons Attribution-NonCommercial-ShareAlike 4.0 International License.